That is the problem with ignorance. You can never truly know the extent of what you are ignorant about. - Adrian Tchaikovsky

Hey kid, psst, come here. Wanna read a book about matriarchal space-spiders? No wait, come back! It's not a horror book, I promise!

I have some THOUGHTS about Adrian Tchaikovsky's Children of Time. I'll try to keep it mostly unspoilery in case you haven't read it, but you should go read it, it's great.

After the earth becomes uninhabitable (something-something-climate-change-something-something-wars, you get it), the last hope of the human race is to send out spaceships in the hope of restarting civilization on a far distant planet. One of these "arks", the Gilgamesh, comes across the perfect planet, terraformed by a scientist long ago into a lush jungle world.

HELLO NIGHTMARE PLANET, you might be thinking. But the trick the book pulls on you is to make the spiders deeply sympathetic. More sympathetic than the humans, most of the time. Which is a hell of a feat.

See, I struggle with spiders in real life. Yes yes, I know that they're fascinating and mostly harmless and miracles of evolution or whatever, but I'm sorry, I am not able to be magnanimous about sharing my home with something that has more limbs than me. Moving to the UK has been a problem since it is basically Spider Island, and I spend every August carefully checking every item of clothing before I put it on thanks to a very traumatic spider-in-my-pants incident the first year I moved here (August, if you didn't know, is Spider Season in the UK, and JFC why do I live in a country that has a Spider Season???).

David Sedaris wrote an essay in 2008 called "April & Paris" about how he is immune to the cuteness of dogs and cats but once fell so deeply in love with a Tegenaria spider in Normandy that he named her April, relocated her to his flat in Paris, realised there weren't enough flies for her in the city, and started hunting insects for her every evening. It almost, almost helped me imagine what it might be like to be charmed by a spider.

There have been other Tegenaria since then, a new population every summer, and though I still feed them and monitor their comings and goings, it’s with a growing but not unpleasant distance, an understanding that spiders, unlike mammals, do only what they’re supposed to do. Whatever drives the likes of April is private and severe, and my attempts to humanize it only moved me further from its majesty.

Tchaikovsky's brilliant trick, with his spider protagonists, is that he manages to keep them thoroughly alien and yet still sympathetic. And I've been pondering how he pulls that off, because it's pretty remarkable.

The novel follows the spiders over many, many generations of their evolution. He uses the same names in each chapter (Portia, Fabian, and Bianca), but you're really following descendants of a long family tree. Tchaikovsky's extrapolations of how spider intelligence and spider culture might evolve are satisfyingly logical; even once they've discovered advanced technology like computing engines (which take the form of ant colonies instructed through pheromones), males remain an oppressed underclass who run the risk of being eaten after mating. The world-building feels well-researched and inspired. But plausible world-building doesn't make you give a shit about a character in a book. So what does?

In stories, we often think about character as being "who someone is". How they're likely to behave in any given circumstance. Personality, for want of a better word. Like in an Avengers story, we know that Iron Man's gonna deal with a baddie by building some gadgets and cracking some wisecracks, Black Widow's gonna pull off an elaborate spy caper then kick them in the face, Hulk's gonna pound some stuff, Hawkeyes gonna... whatever the hell Hawkeye does, I've never been clear. In story, we like our characters to be fairly predictable, or we feel like we don't know who they are.

But predictability isn't why we root for people in stories. Neither is likability, by the way. After all, we root for Tony Soprano and Annalise Keating and Walter White and Villanelle despite the fact that they're pretty horrific people. No, we root for characters in stories because they want something we find relatable.

In musicals, my favourite guilty pleasure, this is usually declared in the first act by a character singing an "I want" song. They're easy to hear in Disney movies: Ariel singing about how she "wants to be where the people are" in The Little Mermaid, Hercules wanting to "go the distance", Anna desperately wanting to "build a snowman" (not be alone) in Frozen, or Mirabel "longing to shine" in Encanto.

So, here's my theory: the reason that we have more sympathy for the spiders in Children of Time than the humans is that they have more interesting wants. They're a species driven by curiosity, both because of their spider instinct and the nanovirus directing their evolution. They want to understand their universe, they want to discover new technology so they can understand their god better, they crave progress, they want to understand their place in the universe. Those are clear, compelling motivations. Our points of view in their world are leaders, revolutionaries, astronauts, scientists.

Amongst the humans, our main point of view is a classicist named Holsten. It's an interesting perspective, because he functions as a reminder that progress isn't always guaranteed. In the future the novel imagines, people in the past were much more technologically advanced than they are in the present, and most of the technology they used to build their arks is based on partially-understood reconstructed know-how from an earlier golden age, painstakingly deciphered by people like Holsten.

This is entirely plausible, of course. There's a great episode of Dan Carlin's Hardcore History about what it was like for Medieval Europeans to live in the ruins of a dead civilisation (Rome) that was more advanced than their current one. They lived in the ruins of aqueducts, but had lost the knowledge of how to make them work. Sometimes progress falters and technology is lost because of political and social instability. It's happened before in human history. It will almost certainly happen again.

So in the story, Holsten one of the last humans alive and you feel like he should be driven by a clear and desperate want: to survive. But Holsten's pretty ambivalent about humanity, all-to-aware of all the ways we've messed up before. He is an expert on the past, and preservation is never going to be as interesting a motive as progress.

And that, I think, is why we come out as Team Spider. We root for characters because we can relate to what they want.

Anyway, that's been interesting for me to think about as a storyteller. But I think it's an interesting point for everybody, because we're all storytellers. We tell stories all the time, especially to ourselves, especially about ourselves. All of us are weaving our own narrative about our lives, and who we are, and the battles we're fighting.

So what's the story you're telling yourself about yourself? What's the most desperate want that's driving you? And are you rooting for yourself?

Wishing you plenty of delicious juicy flies to catch in your magnificent webs,

Well hey, I'm a Londoner now! The move went fine, we love our new neighbourhood, I've seen four foxes, and Digby has already been terrorised by several of the local pigeons. London is wonderful and I am so grateful to be here, finally. 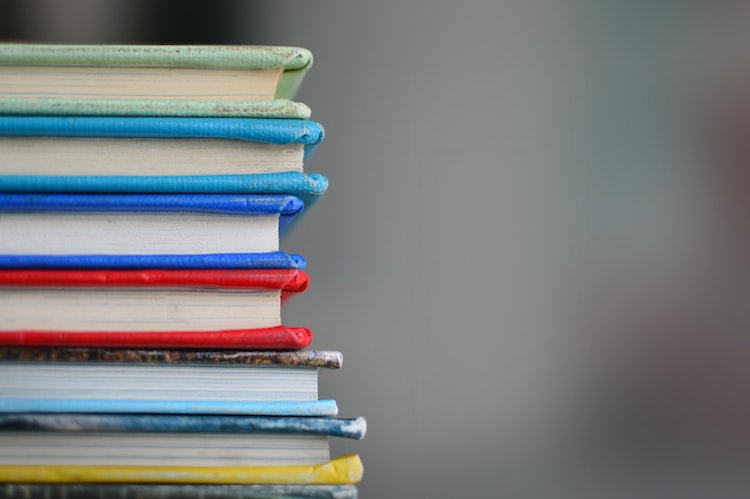